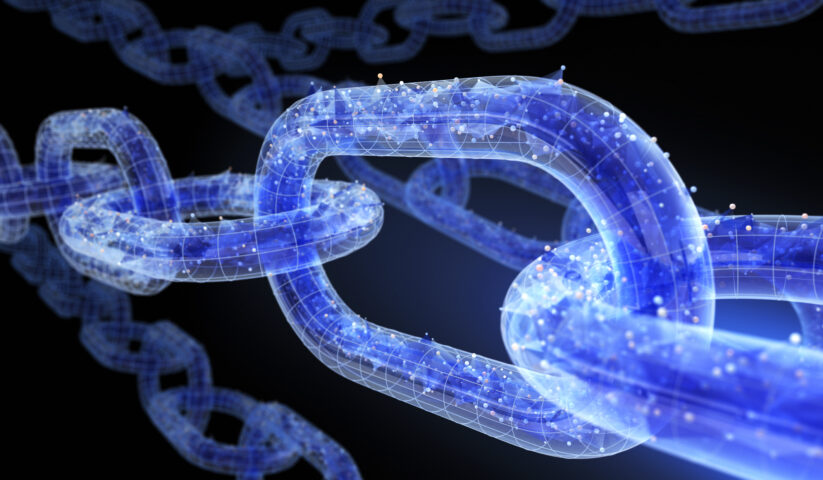 With the rise in popularity and curiosity of cryptocurrency and the emerging technologies of Web 3.0, there’s been one key piece of technology that you’ve likely seen floating around: the blockchain. While we’ve heard about blockchain time and time again after the last few years, it’s hard to pin down what it exactly is, it’s importance, its future, etc. Thankfully you don’t have to put in anymore guesswork when it comes to the blockchain, as the NXT GEN Technologies team is here to help break it down and make sense of it.

By definition, Blockchain is the shared ledger which facilitates the process of recording transactions and manages tracking assets over a business network. Nearly anything can be tracked and managed while on the Blockchain from cryptocurrency, house title and records, client data, etc.

The defining feature of Blockchain is the way it structures its data. Rather than structure its data into a table like a standard database, Blockchain arranges its data into groups known as “blocks”. Each block has a specific storage capacity before it generates a new block on the chain. As blocks get locked down as they’re filled, assets within each block are stamped with an irreversible timeline of data once stored.

Blockchain is not overseen or regulated by any financial institution. Blockchain is completely decentralized, so there’s no third party involved in the management and control of your data.

Blockchain data cannot be tampered with once added, meaning you can rest assured knowing the data you’re accessing is 100% accurate and reliable. On top of this, while Blockchain data is not regulated, your data is completely hidden from people who you have not granted access to, so you don’t have to worry about hackers and other malicious entities robbing you of your records.

Once a record is added to the blockchain, it can not be manipulated or tampered with in any way, shape, or form. All transactions are immutable, meaning they cannot be changed at all, guaranteed they’re safe from others trying to edit and modify your records and data.

Blockchain was designed with efficiency in mind, so redundant record reconciliations have been completely removed. Rather than transactions through a financial institution such as your bank taking 24-48 hours to process, blockchain transactions are completed within a matter of minutes. You’ll never be hindered by off days and times, as Blockchain technology is actively available 24/7, 365 days a year.

While Blockchain technology aims to save people money on their transactions, the blockchain itself requires a significant amount of power, energy, and money to run. Massive blockchain mining farms have been set up with numerous servers all working towards validating transactions and adding new blocks to the blockchain. This massive use of power to run these farms is causing significant harm to the environment just to keep up and running.

One of the major advantages of Blockchain is its protection against cybercriminals and privacy, however it’s also one of its major disadvantages. Criminals are able to use this to their benefit, able to make transactions for serious issues such as drugs, money laundering, and worse. That said, as Bitcoin has become more popular and widely accepted, criminals have elected to use lesser known cryptos to operate. Today, only a very small fraction of Bitcoin transactions via Blockchain are used for criminal operations.

What’s The Next Step for Blockchain?

Blockchain is being explored as a source for a number of practical applications that will soon permeate across a number of professional verticals in the coming years. While still certainly a niche technology, its applications and scalability can potentially lead to it being as big as the eve of the Internet in the 80s-90s.

Interested in learning more about Blockchain and other emerging technologies that may affect your business? Contact NXT GEN Technologies today and let our team guide you!